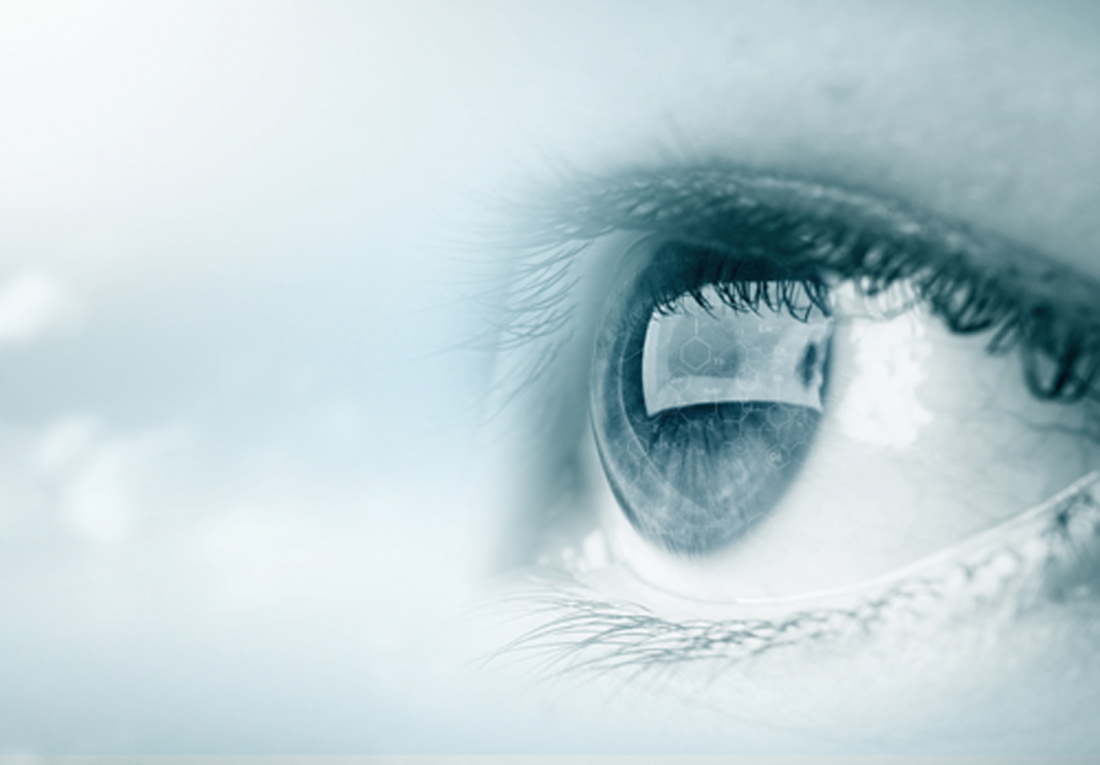 Glaucoma is a chronic neurodegenerative optic disease in which retinal ganglion cell degeneration leads to an optic nerve damage. The characteristic process in which the optic nerve becomes progressively thinner is known as a cupping of the optic nerve head. As a result, patients with glaucoma typically lose peripheral vision that cause blindness if not treated. Most people with glaucoma have a slow but irreversible loss of vision with any kind of symptom (1). Glaucoma is the second leading cause of blindness in the world, according to the World Health Organization (2).

Intraocular pressure (IOP) is maintained through a balance between the amount of aqueous humor (AH) produced and the AH drained in the angle between the iris and the cornea. Whereas secretion of AH remains normal in glaucoma, the main cause of elevated IOP (< 20 mm Hg) is the reduced ability to filter AH (3). The accumulation of AH may cause elevated IOP that might affect the optic nerve and the retina. In humans, most of the AH is filtered through the trabecular meshwork tissue that regulate actively the AH outflow. Several mechanisms have been proposed to play a role in trabecular function including contraction of trabecular meshwork cells4 and composition of the extracellular matrix where trabecular meshwork cells are embedded5, among others (6,7). However, the homeostatic mechanisms of the trabecular meshwork to regulate the AH outflow are far from being understood.

In fact, glaucoma is a group of complex disorders that can be classified in a variety of ways based basically on

1) anatomy of the angle between the iris and the cornea where aqueous humor is drained (open-angle or angle-closure);

2) absence or presence of causative factors (primary or secondary);

4) IOP level (normal-tension or high-pressure glaucoma). In Primary Open-Angle Glaucoma (POAG), the most common form, the angle between the iris and the cornea is normal. Thus, the optic nerve damage is probably caused by the reduced aqueous outflow and AH accumulation due to failure of trabecular tissue (3). The secondary types of glaucoma, associated with other ocular or systemic factors, are less common than primary glaucomas but can be devastating to visual function. The most prevalent is the secondary open-angle glaucoma associated to pseudoexfoliation, where AH drainage is impaired due to the accumulation of cell debris at the outflow structures. It is important to note that congenital and hereditary pediatric types of glaucoma are the most uncommon but have significant life-long implications of those affected. To date, many mutations have been identified in different genes associated to glaucoma (8,9) although the genetic bases of the disease are unknown (10).

POAG can occur either with or without elevated intraocular pressure (IOP) and the latter is called normal-tension glaucoma. Because some POAG patients develop glaucoma with normal IOP, the glaucoma condition is not considered to be a direct consequence of the elevated pressure. Elevated IOP is not the cause of glaucoma but the main risk factor. This means that all types of glaucoma patients, including those with normal pressure, improve with a treatment that involves lowering the pressure. Other risk factors (that increase the susceptibility to develop glaucoma) are advanced age, myopia, corneal thickness, hypertension, diabetes as well as family history of glaucoma. Diagnosis is the first step to preserving vision. People at high risk for glaucoma should get a complete eye exam every two years to become aware of early diagnosis and to begin treatment immediately.

Treatment for POAG involves reducing IOP by 20-40%, which can be achieved using medical, laser or surgical strategies. At present the majority of treated patients are first prescribed pharmacological topical medications such as prostaglandin analogues, β-blockers, carbonic anhydrase inhibitors or alpha-agonists, alone or in combination. The goal of these drugs is to lower IOP either reducing the production of AH (β-blockers, carbonic anhydrase inhibitors) or increasing AH outflow (prostaglandin analogues) (11,12).

However, persistent adherence to topical medication remains the major problem of pharmacological treatment, especially for older people who have to administer eye drops several times a day. Side effects both local and systemic can also limit their use.

A variety of highly successful surgical procedures to lower pressure are used when pharmacological treatment is not sufficient. The least invasive surgery for glaucoma is the laser treatment of the trabecular meshwork known as trabeculoplasty. It reduces efficiently IOP even though the mechanism of action is widely debated. It is thought that thermal energy directed towards the trabecular meshwork opens up spaces in adjacent structures (mechanical theory), or that inflammatory cytokines induce repopulation by dividing trabecular cells that regulate AH outflow (biological theory). Although long-term effectiveness has yet to be determined, the good news are that trabeculoplasty is free of adverse effects. After all, the classical filtration surgery called trabeculectomy is the method of choice when pharmacology is not sufficient to reduce ocular pressure. During trabeculectomy, a piece of tissue in the outflow angle of the eye is removed, creating an opening that allows AH to drain out of the eye bypassing the clogged trabecular meshwork. The most recent procedures are different types of drainage devices that are implanted in the anterior chamber of the eye to divert AH in order to lower IOP (11,12). Despite the favorable results, any type of glaucoma surgery does not replace medications as primary therapy in patients with POAG.

On the other hand, in Primary Angle-Closure Glaucoma (PACG), where the angle between the iris and the cornea is closed avoiding the AH outflow, the provision of a iridectomy or a iridotomy can be curative. Iridectomy is the surgical removal of part of the iris to bypass any block to aqueous flow. Similarly, laser iridotomy, that uses a very focused beam of light to create a hole on the outer edge of the iris, is carried out in individuals considered to be at risk of PACG. Lens extraction (cataract surgery) is another effective method by which AH block can be prevented (11,12). Unfortunately, with medication and/or surgery, it is only possible to stop further loss of vision. Glaucoma is not curable, and vision lost cannot be regained. Future collaboration between basic science and clinical research will help to elucidate the pathophysiological mechanisms related to ocular hypertension and glaucoma.