Animals, and especially dogs are an important companion in people`s lives. In the United States,
more than 70 million homes have at least one pet as the member of the household. Approximately
61 million dogs are pets in the USA. Dogs have a significant place in their owners` hearts and lives.
People with dogs often evaluate their dog-human relationship as more reliable and consistent
than a human-human one (1).
This important bond makes dog owners invest a lot in their dogs’ well-being and health. A lot of
research is ongoing in order to make the pets’ lives more comfortable and to cure pets’ diseases.
Consequently similar to our aging society, dogs live longer than before and an increasing number
of them develop and die from cancer nowadays (1). 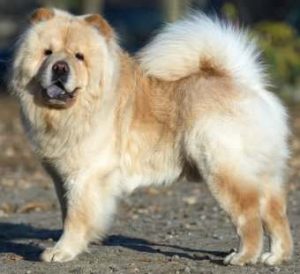 Cancer of the oral cavity, such as oral melanoma accounts to around 6% of canine malignancies
and is the 4th most common cancer in dogs. Male dogs are more affected, especially cocker
spaniel, German shepherd, German shorthaired pointer, Weimaraner, golden retriever, Gordon
setter, miniature poodle, chow chow and boxer. Oral melanoma in dogs appears around 11 years
of age and is often very aggressive with very large tumors that commonly invade the surrounding
bones of the oral cavity before they are even diagnosed. Oral melanoma is able to metastasize to
the surrounding lymph nodes of the head and neck as well as to the lungs. How can this aggressive
cancer type be fought? (2)

Up to now, the treatment options for oral malignant melanoma (OMM) are very limited. The
primary choice of treatment is surgery but if the tumor has invaded the boney structures of the
jaw, the complete removal of the tumor tissue is often not possible. In this case, dogs are treated
with radiation therapy and some studies have shown a remission rate of 70% with radiation
therapy only. Adding chemotherapy to the treatment generally does not improve the survival
times. Besides, dogs treated with carboplatin and dacarbazine are observed with side effects such
as vomiting, diarrhea and myelosuppression. All in all, the treatment of oral melanoma is
challenging and survival times even with therapy are often only in the range of 5 to 7 months. This
poor survival rate arise the question of if there are any studies on new and more effective
treatment options? (3)

A few molecular-targeted therapies including tyrosine kinase inhibitors are tested for treatment of
a limited number of cancer types such as mast cell tumors. Several studies are ongoing to identify
new options for dog cancer treatment and some targeted antibodies have been developed and
tested in vitro and in vivo.

A clinical study conducted by D. A. Grosenbaugh and his colleagues evaluated the safety and
efficacy of a xenogeneic DNA vaccine encoding for human tyrosinase as adjunctive treatment
following surgery of the primary tumor. The study was a multicenter clinical trial of 111 dogs with
stage II or III OMM in which locoregional control was reached. The treatment included an initial
series of 4 injections of huTyr vaccine (102 microg of DNA / injection) which was given to 58 dogs
transdermally with a needle-free IM vaccination device. During the treatment, the appearance of
adverse events was monitored. Booster injections at 6-months intervals were given to the
surviving dogs. The results showed that the survival time of OMM was significantly improved for
dogs receiving the huTyr vaccine compared to historical controls. The determination of the median
survival time however was not possible due to < 50% of OMM deaths before the end of the observation period was reached. The vaccination treatment did not cause any systemic reactions that would require veterinary interventions. The only reactions to treatment observed were locally and included wheal or hematoma formation as well as mild signs of pain at the injection site. In summary, this study could show that the huTyr vaccine has a good safety and efficacy profile and can serve as adjunctive treatment and improve the treatment results for OMM (4). Similar as immunotherapies gained more and more attention in human cancer treatment, they also represent a treatment option to be evaluated for dog cancers. A recent study conducted by N. Maekawa and his colleagues determined the antitumor effect of c4G12, a canine-chimerised anti-PD-L1 monoclonal antibody in vitro and in a pilot clinical study. PD-1 is a receptor that is expressed mainly on activated T-cells and suppresses its activation by binding to the ligands PD-L1 and PD-L2. In humans, tumor antigen-specific T-cells have an upregulated PD-1 expression and various cancer types showed an aberrant expression of PD-L1 in their tumor cells or other cells in the tumor microenvironment. Anti-PD1 or PD-L1 antibodies are able to block the PD-1/PD-L1 pathway and can restore multiple effector functions of antigenspecific T cells. In this way, the treatment is thought to reverse the immune evasion mechanisms of the cancer cells. PD-L1 is also observed to be expressed in various canine cancer types such as OMM, hemangiosarcoma and osteosarcoma. In this study, c4G12 was selected as the therapeutic candidate and its function was tested in vitro and in a clinical study. In vitro, the antibody could significantly block the binding of recombinant cPD-L1 to both cPD-1 and cCD80. C4G12 appeared also to restore the effector functions of dog lymphocytes which are suppressed by the PD-1/PD-L1 pathway. The candidate antibody was also tested in a pilot clinical study with seven dogs suffering from OMM (1 with stage II, 2 with stage III, 4 with stage IV and two dogs with undifferentiated sarcoma which had an elevated PD-L1 expression in their tumor tissue. The dogs received 2 or 5 mg/kg c4G12 iv every 2 weeks. The results showed that one dog with stage II OMM had an obvious tumor regression after 10 weeks of treatment. In the other 6 dogs with OMM, no tumor regression was observed. The objective response rate was 14.3%. There were no treatmentrelated adverse events observed. The survival in dogs with OMM compared to a control group was 93.5 days and 54 days, respectively (p = 0.1). In summary, this study could demonstrate the safety and anti-tumor activity of anti-PD-L1 mAb in dogs (5). Further studies are needed to establish a dog cancer treatment. These kind of studies can also serve to inform human preclinical studies PD-1/PD-L1 inhibiting-mAbs. References: 1. M. J. Dotson, E. M. Hyatt, Understanding dog-human companionship. Journal of business research, 61, 457-66, 2008. 2. D. E. Bostock, Prognosis after surgical excision of canine melanomas. Vet Pathol, 16, 32-40, 1979. 3. H.J. Harvey, E. G. MacEwen, D. Braun et al. Prognostic criteria for dogs with oral melanoma. J Am Vet Med Assoc, 178, 580-2, 1981. 4. D. A. Grosenbaugh, A. T. Leard, P. J. Bergman, M. K. Klein, K. Meleo, S. Susaneck, P. R. Hess, M. K. Jankowski, P. D. Jones, N. F. Leibman, M. H. Johnson, I. D. Kurzman, J. D. Wolchok. Safety and efficacy of a xenogeneic DNA vaccine encoding for human tyrosinase as adjunctive treatment for oral malignant melanoma in dogs following surgical excision of the primary tumor. AJVR, 72, 12, Dec, 2011. 5. N. Maekawa, S. Konnai, S. Takagi, Y. Kagawa, T. Okawaga, A. Nishimori, R. Ikebuchi, Y. Izumi, T. Deguchi, C. Nakajima, Y. Kato, K. Yamamoto, H. Uemura, Y. Suzuki, S. Murata, K. Ohashi. A canine chimeric monoclonal antibody targeting PD-L1 and its clinical efficacy in canine oral malignant melanoma of undifferentiated sarcoma. Scientific reports, 7:8951, Aug, 2017.