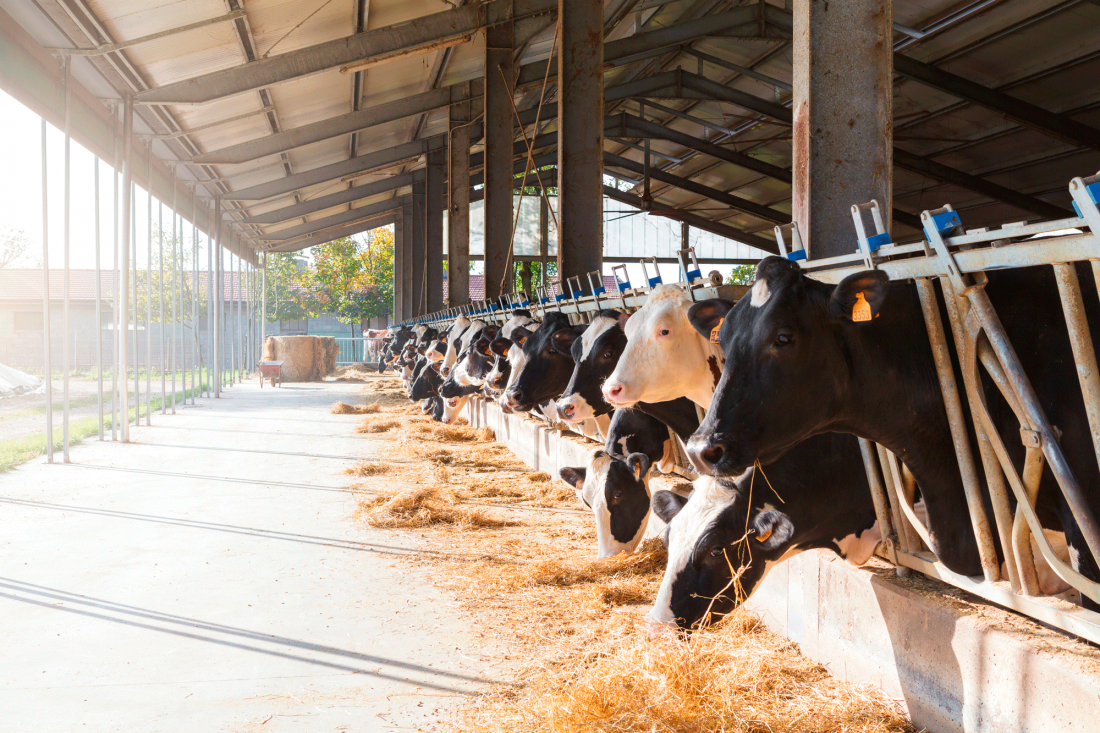 Tuberculosis (TB) is an infectious disease which can affect both humans and animals. It is caused by a bacterium, mycobacterium tuberculosis in humans and mycobacterium bovis in animals such as cattle. M. bovis is a slow-growing, aerobic bacterium that can easily spread among large herds of animals. TB can be transmitted in different ways. It can be spread through exhaled air and inhalation of aerosols or through sputum, urine, faeces and pus in direct contact. M. bovis is able to jump the species barrier and can cause TB in humans and other mammals. However, nowerdays in developed countries the transmissions from cattle to humans are rare because of strict infection controls or the standardized pasteurization of milk for example (1).

In the UK, almost half of the cattle in the 1930s carried the M. bovis and around 50000 humans were infected every year. This situation demanded an urgent improvement in diagnosis and treatment of the disease in cattle. Consequently, large investigations were made to identify possible maintenance hosts such as badgers or deers that can cause transmission to the cattle. In the USA, bovine TB infections were found in Michigan and Northern Minnesota and could reach over 50 million infected cattle each year (5). The white-tailed deer was identified as a maintenance host (3). Since then, deer hunting has a notable economical impact in some US regions. Bovine TB is irradicated in most of Europe and several caribbean countries. On the other hand, in 2013, results from a meta-analysis showed that bovine TB infections in humans are still a challenge and concerning in some parts of the world and needs reassessment in order to achieve a world free of TB in 2035 following WHO`s end TB strategies (2).
Infection of larger herds of cattle usually results in the quarantine and finally in the culling of the animals and the restriction of international shipments in order to avoid the easily spreading of the disease within the herd. Quarantine and culling are the cost-intensive standard methods to control the disease. Bovine TB is an economic animal health problem worldwide.
Different vaccines have been developed in order to protect cattle from TB infections. A live attenuated strain of M. bovis called BCG was discovered in the 1910s and was observed to protect cattle from experimentally induced M. bovis. Different trials have been performed to further test the efficacy of this strain with satisfying results. Besides, different genetically modified BCG strains have also been developed and applied, such as the delta-zmp1 strain. In the last years, some vaccines that have been tested for human TB have also been applied for bovine TB, such as live attenuated mycobacteria possibly replacing BCG and subunit TB vaccines such as DNA, protein, and virus-vector vaccines which could boost the BCG induced immunity (3).
Which are the methods to detect infections in cows? Up to now, in order to detect bovine TB, a standardized Caudal Fold Tuberculin skin test (CFT) is used but has various discrepancies. The test requires a tuberculin injection into the skin and a visual interpretation of the skin after 72 h. Due to various colors of cow`s skin and hides, and also environmental exposures or previous testing for the bacterium and other factors, the visual results of the test can be inconclusive (4). Another difficulty in doing a skin test is the fact that the cattle herd has to be gathered twice, one time for testing and a second time to read the results. Additionally, due to circulating mycobacterial antigens from TB vaccinations in cattle, tuberculin based-skin tests and IFNgamma blood-based assays to identify TB infections are often compromised (4). How could these problems be overcome?
There is a need for the rapid and early detection of bovine tuberculosis in order to detect and isolate the infection as well as being able to ship herds faster. DIVA tests (differentiating infected from vaccinated animals) are needed to control the infections (3). In order to develop such a test specific antigens have to be identified that are recognized by T cells from infected animals but not from those of vaccinated animals. The antigens ESAT-6, CFP-10 and Rv3615c have been shown to be effective in blood testing of infected versus uninfected and vaccinated cattle. In order to reduce costs, the same antigens are under investigation to be used in a skin test (3).
This year, researchers around H. Mukundan of the Chemistry for Biomedical Applications team at the Alamos National Laboratory, Los Alamos, USA developed the first direct, empirical, blood- based, cow-side test for diagnosing bovine TB. The team works with a waveguide-based optical biosensor that is able to rapidly and specifically detect pathogenic biomarkers. For the detection of bovine TB, they adapted a TB assay of human antigen lipoarabinomannan to its bovine counterpart, lipomannan. The study was conducted in banked pre- and post-challenge cattle sera from positive control infected animals of vaccination studies. As the results of this study, the investigators could show that pathogenic biomarkers from bovine TB infected animals could be successfully detected very early after infection. In summary, they are confident that their novel developed lipoprotein capture pull-down assay together with the waveguide-based detection platform will lead to a more rapid and early diagnosis of bovine TB infection (5).
In conclusion, efforts are made into the investigation of better and faster testing for bovine TB infections. The early and specific diagnosis of the disease is necessary in order to circumvent breeding of undetected infected animals and the unnecessary culling of healthy animals. Some of the newer blood tests, such as the one developed by H. Mukundan`s team are promising to achieve these goals.